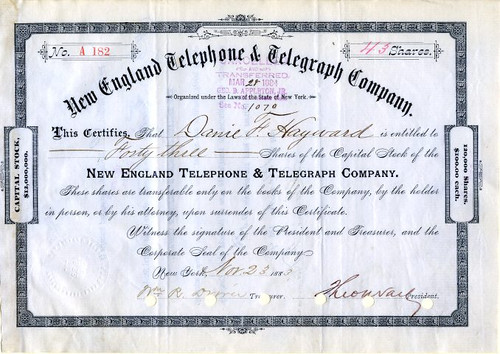 Historic Stock certificate from the New England Telephone & Telegraph Company issued in 1883. This early Bell Operating Company Stock Certificate was has an ornate border around it with the company's name on top center. This item has the signatures of the Company's President, Theodore Vail and Treasurer, William R. Driver. This is the first Telephone Company certificate we have seen hand signed by Theodore Vail.