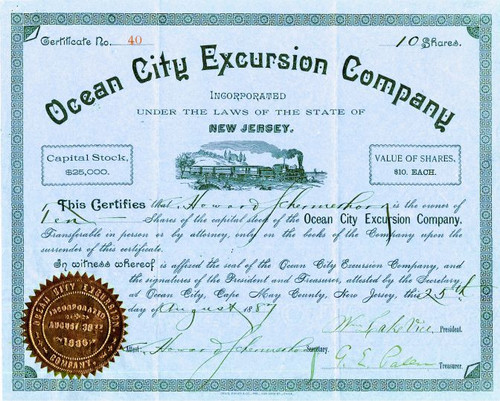 Beautifully engraved certificate from Ocean City Excursion Company issued in 1887. This historic document was printed by the Craig, Finley & Co., PRS., 1020 Arch St., Phila. and has an ornate border around it with a vignette of a train chugging through the oceanside. This item has the handwritten signatures of the Company's V. President, S. Wesley Lake, Treasurer, G. E. Pallen and Secretary; and is over 124 years old.