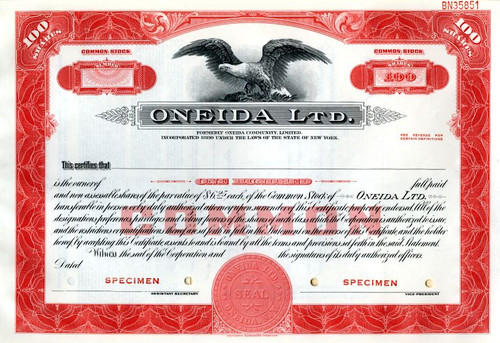 Beautifully engraved RARE specimen certificate from the Oneida Community Limited printed around 1949. This historic document was printed by the Republic Banknote Company and has an ornate border around it with a vignette of an eagle. 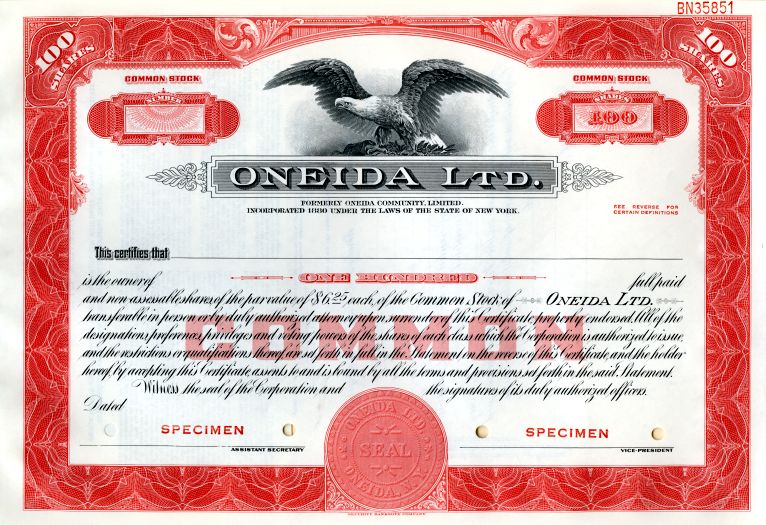