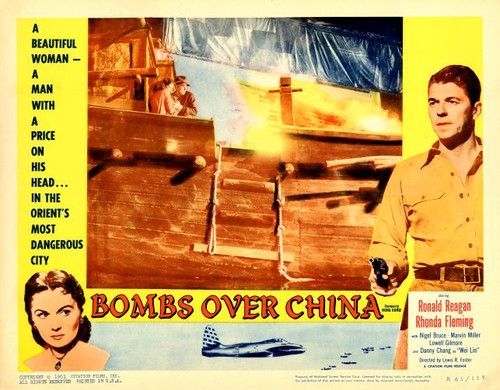 Color Lobby Card (15" x 12") from the film, Bombs Over China, starring Ronald Reagan and Rhonda Fleming. A Citation Films release. This item is over 50 years old. Property of National Screen Service Corp, no. R61 of 119. ©1961 Citation Films, Inc. Bombs Over China appears to be a re-release of Hong Kong (1951). Ronald Reagan stars as a mercenary who works for the Communists but finds himself being pulled toward the straight-and-narrow after meeting a Chinese orphan - who just happens to be carrying a priceless statue - and a Red Cross volunteer. EF Condition. 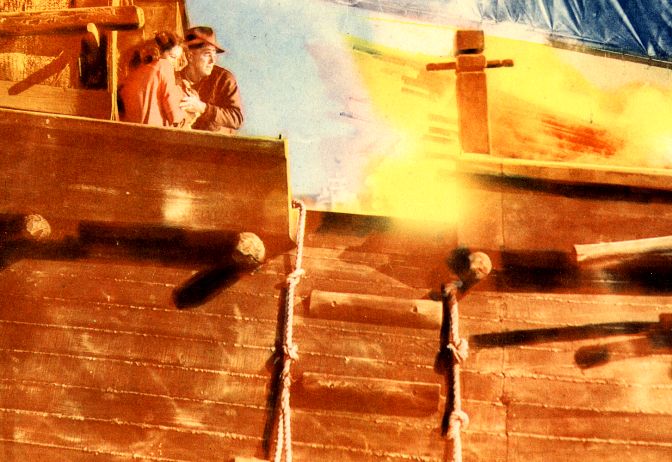