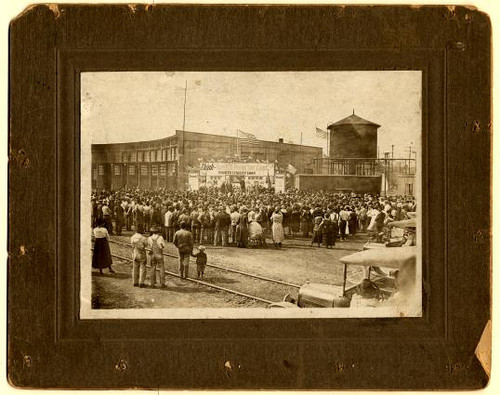 Original photograph of Fourth Liberty Loan Rally outside of an industrial facility. Dated on back September 28, 1918. 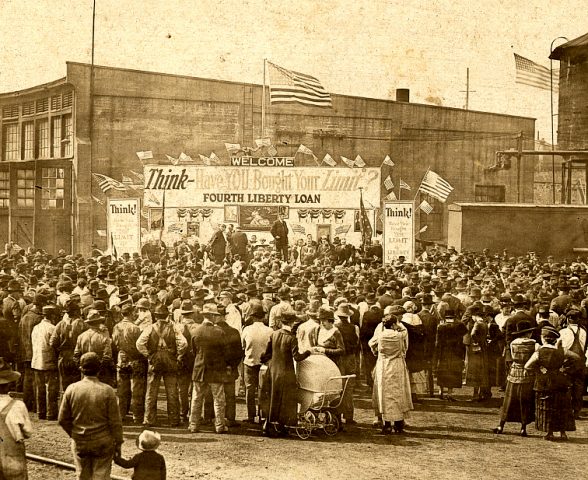