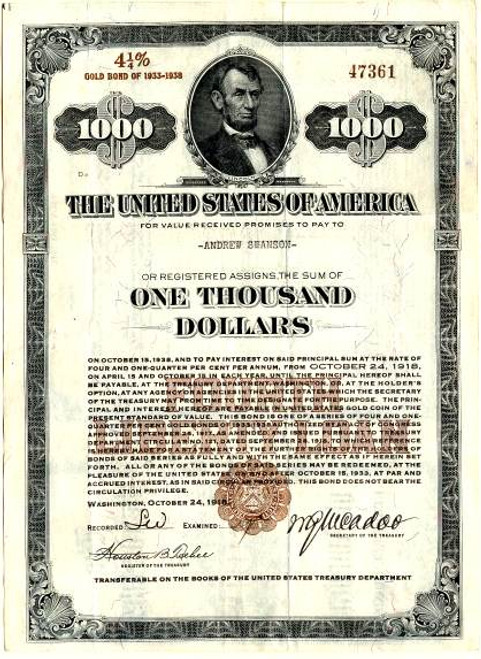 Beautiful RARE Hign Denomination registered certificate from the Fourth Liberty Loan 4 1/4% Gold Bond of 1933-1938 issued in 1918. Gold underprint "FOURTH LIBERTY LOAN". Gold treasury seal. Abraham Lincoln. Facsimile signatures of Teehee and McAdoo. $1000 denominations are extremenly rare since most of them were cashed in due to their large face value. This is only the second time we have seen a $1000 Liberty Loan Bond. 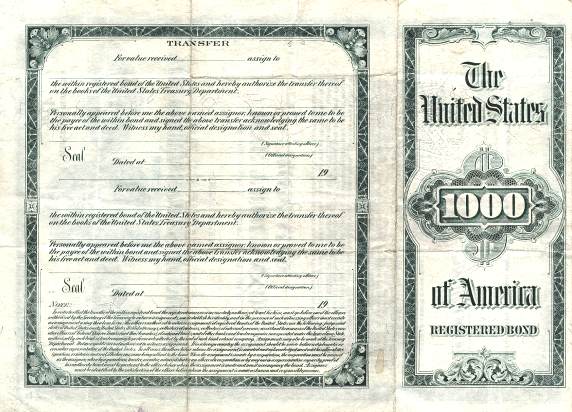