Beautifully engraved Scarce $50 Liberty Loan of 1917 issued by the United States Government in 1917. Blue "50 THREE AND ONE HALF PERCENT" and Treasury Seal. Thomas Jefferson, left. Statue of Liberty, right. brown eagle and Columbia statue on back. Facsimile signatures of Houston Benge Teehee as Register of the Treasury and William G. McAdoo as Secretary of the Treasury. Embossed large Treasury seal above Register of the Treasury's name. 55 of the 60 original coupons bound on the left side. 12 1/2" x 6". Folded as originally packaged by Treasury. 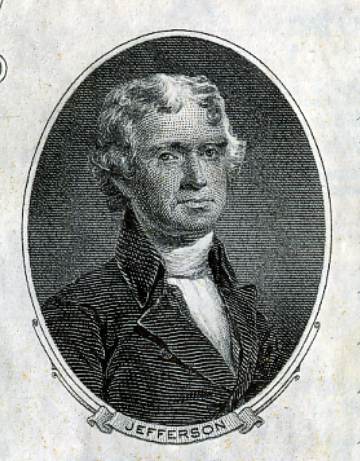 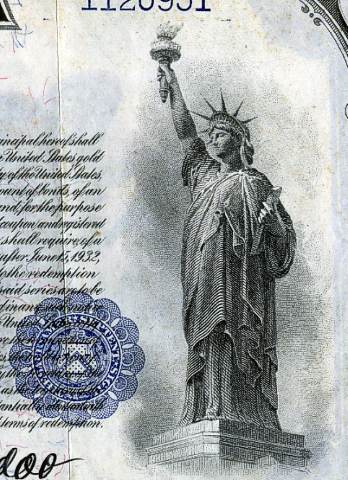 Certificate Coupons
The bond was issued on Jun 15, 1917 based upon the Apr 24, 1917 Emergency Loan Act which authorized the issue of bonds at 3.5 percent. In the upper left hand corner is the date "1932-1937" which was when the bond was callable at the discretion of the U.S. Government.