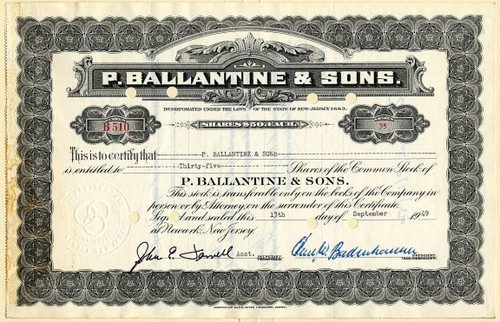 Beautiful and SCARCE stock certificate from P. Ballantine & Sons issued in 1949. This historic document was printed by the American Bank Note Company and has an ornate border around it with an embossed corporate seal showing the company's three rings logo. This item has the hand signatures of the Company's President, Carl Badenhausen and Assistant Secretary, and is over 61 years old. Punched cancelled. The certificate was issued to P. Ballentine & Sons. 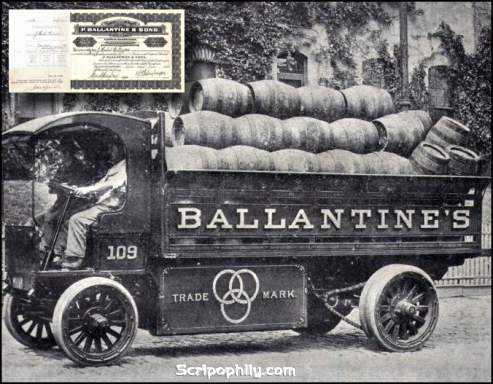