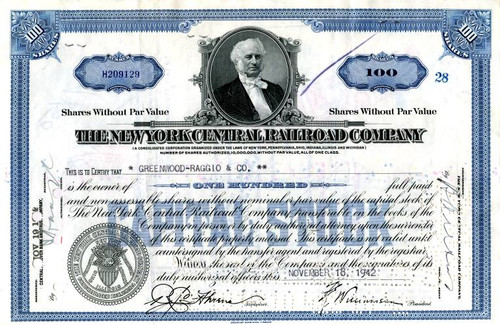 Beautiful engraved Stock Certificate from The New York Central Railroad Company issued during the 1940's-1960s for 100 shares of Common Stock. The canceled certificate has an ornate blue or brown border with a vignette in the center of the famous financier Cornelius Vanderbilt. This certificate has the printed signatures of President and Treasurer of the company. This crisp pen cancelled certificate is over 60 years old and looks great framed. Mixed brown and blue colors. 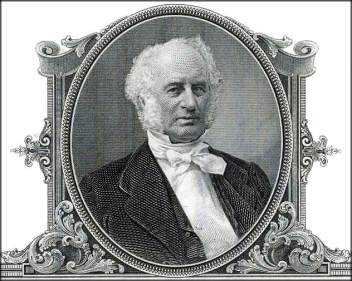