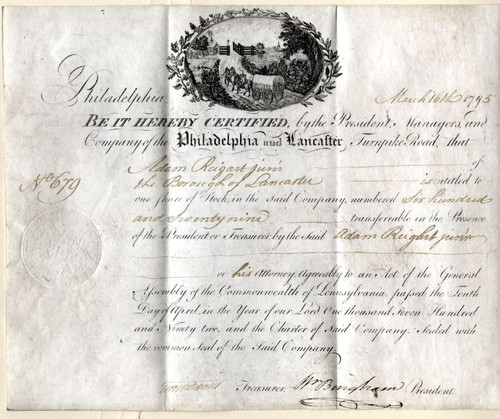 Signed by the Company's president, William Bingham. The Company of the Philadelphia and Lancaster Turnpike was organized in 1792. The first President and Manager was William Bingham (1752-1804), the richest man in America and founder in 1781 of the Bank of North America, the first bank organized in the U.S. The Lancaster Pike was the first major paved road in America, built with a roadbed of crushed stone following a method developed by the Scottish engineer John MacAdam. Printed and handwritten on vellum. The certificate bears an engraved vignette of a Conestoga wagon approaching a turnpike, and is said to be one of the first American stock certificates featuring a vignette.

The company was originally formed to improve the Indian trails in the state, thereby facilitating ease of travel. Clear signature of President William Bingham (1752-1804) at lower right. He was founder and director of the Bank of North America and also served for six years (1795-1801) as a Senator from Pennsylvania. He was considered the wealthiest man in the new nation at this time. His signature is rare which makes this a valuable item. This is the first example we have ever sold. 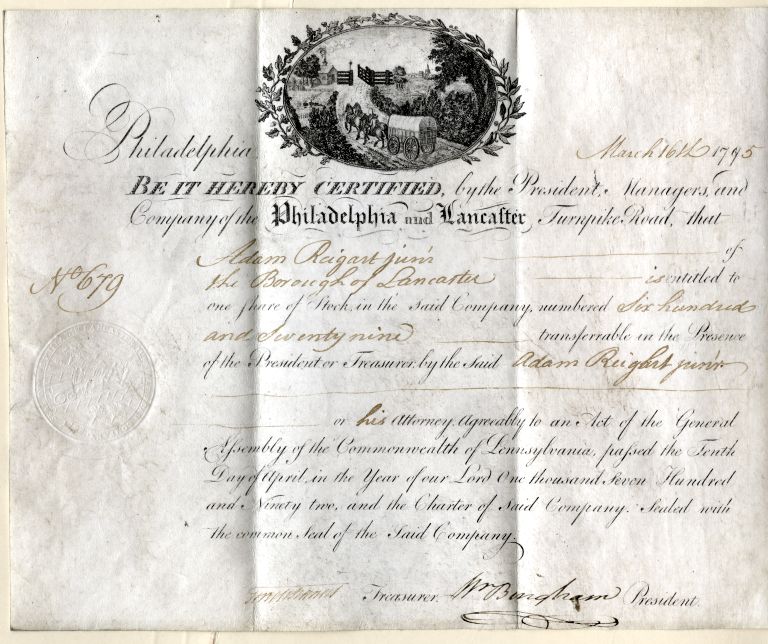