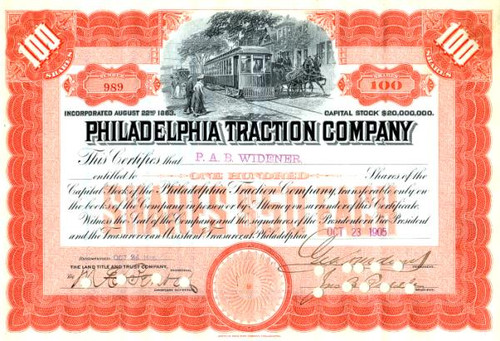 Beautifully engraved certificate from the Philadelphia Traction Company issued in 1905. This historic document was printed by the American Banknote Company and has an ornate border around it with a vignette of steet railway car and a horse drawn carrage. This item is hand signed by the Company's President ( George Widener ) and Treasurer and is over 104 years old. Punched cancelled. 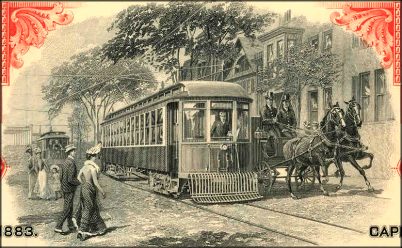 Certificate Vignette
George Widener was son of Peter Widener, a successful businessman who started several street railways in Philadelphia. George assumed responsibility of his father's business and oversaw the development of cable and electric trolleys. He was president and a significant stockholder in about a dozen different streetcar companies at the time of his death. He and his son, Harry, were lost on the Titanic on April 15, 1912