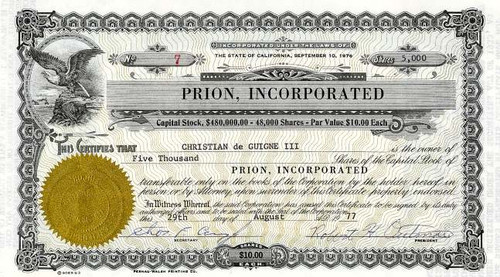 Beautifully engraved certificate from Prion, Incorporated issued in 1977. This historic document was printed by the Pernau-Walsh Printing Company and has an ornate border around it with a vignette of an eagle perched on a cliff. This item is hand signed by the Company's President ( Robert Outman ) and Secretary and is over 27 years old. The certificate was issued to Christian de Guigne III who founded the Stauffer Chemical Company 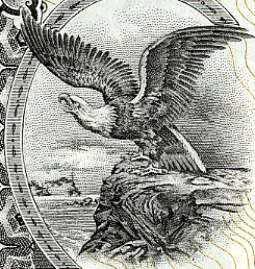