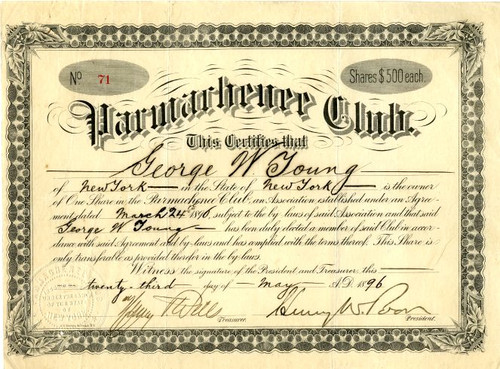 Beautiful RARE stock certificate from the Parmachenee Club issued in 1896. This historic document has an ornate border around it with the organization's name om top center. This item has the signatures of the Company's President, Henry W. Poor and Secretary, Henry Parkhurst Wells. 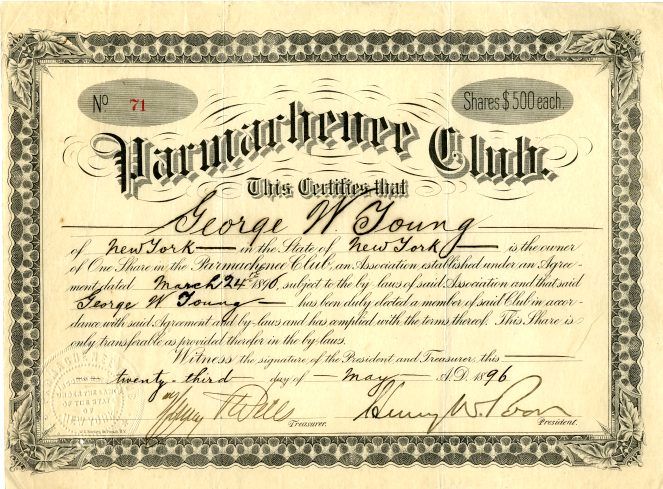 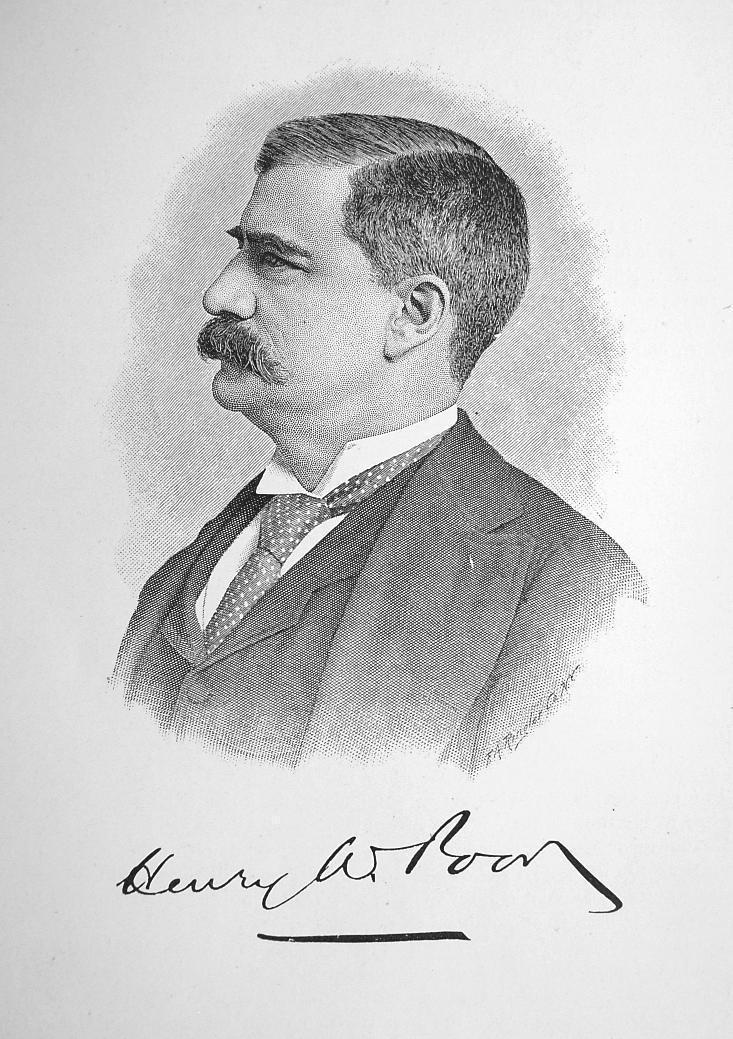