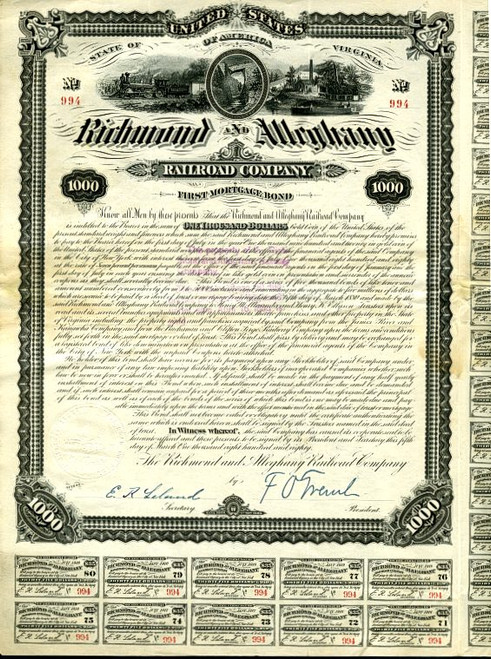 Beautifully engraved uncancelled First Mortgage $1000 bond certificate payable in Gold Coin from the Richmond and Alleghany Railroad Company issued in 1880. This historic document was printed by the American Banknote Company and has an ornate border around it with a vignette of a train, Natural Bridge in oval, canal boat at mine,. This item has the signatures of the Company's President, Francis O. French and Secretary, Eugene R. Leland. 63 unused coupons attached on bottom and right side not shown in scan due to size. Light toning. 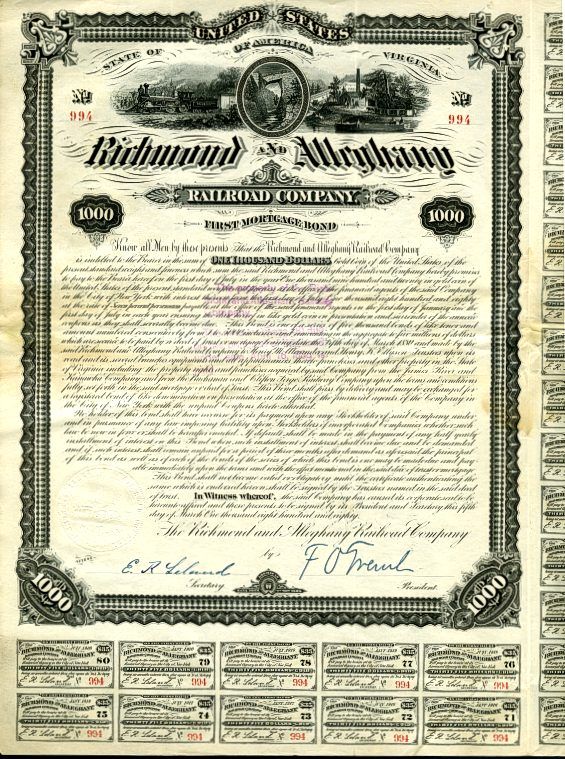