RARE stock certificate #6 issued to Hiram Ricker from the Ricker Hotel Company issued in 1926. This historic document has an ornate border around it. This item is hand signed by the Company's Vice President ( A. R. Ricker ) and Treasurer ( C. W. Ricker ) and is over 89 years old. 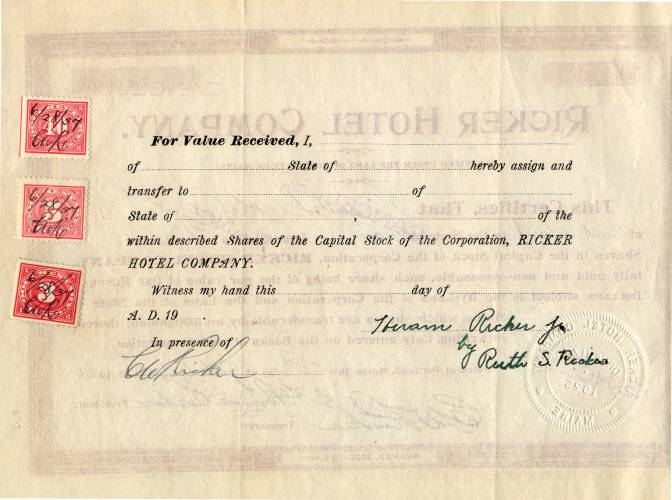 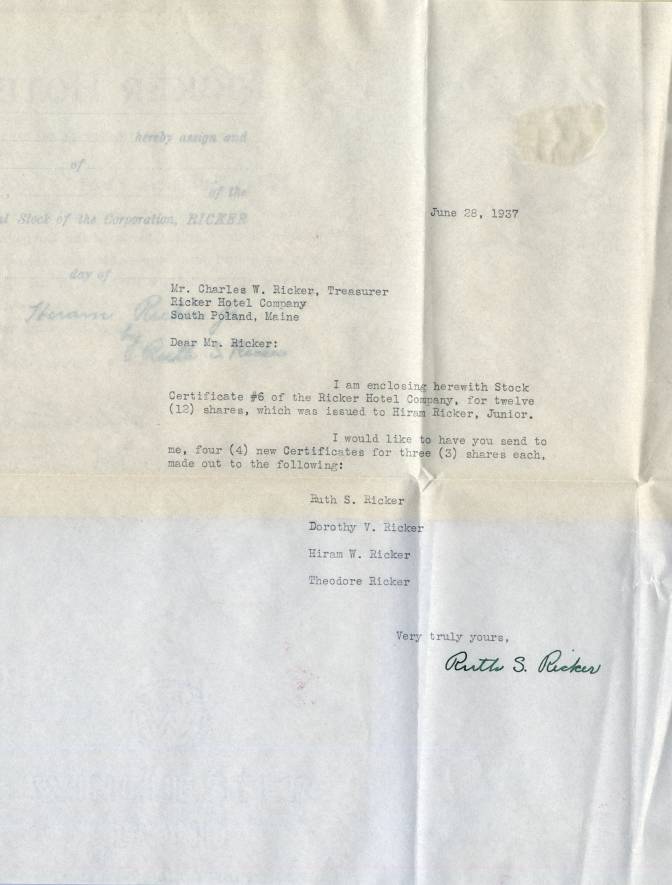