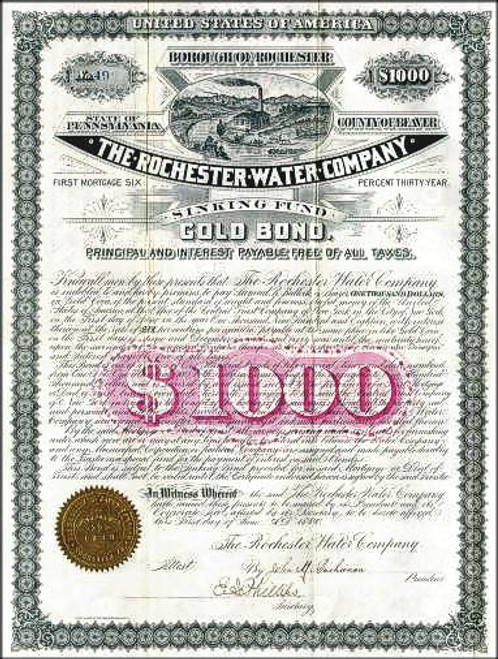 Beautifully engraved certificate from the Rochester Water Company issued in 1888. This historic document has an ornate border around it with a vignette of an early treatment plant. This item is hand signed by the company's president ( John Y. Buchanan ) and secretary ( E. Phillips ) and is over 115 years old. There are over 60 unused coupons attached to this bond that are not shown in the scan. The bond has been folded and is in excellent condition. The scan makes it appear like it is stained at the folds, but there are no stains. 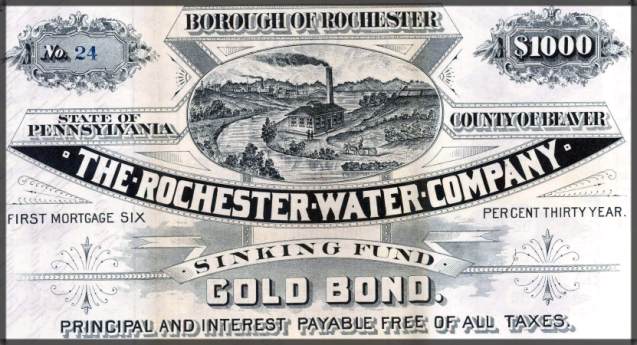