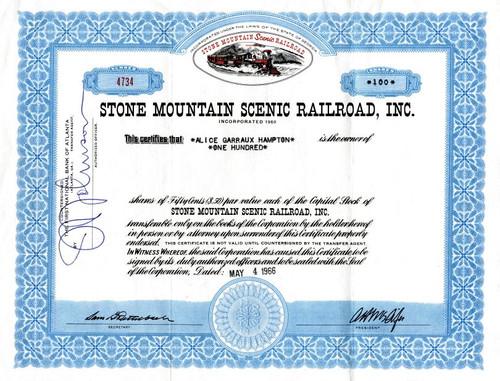 Beautiful certificate from the Stone Mountain Scenic Railroad, Inc. issued in 1966. This historic document was printed by the American Banknote Company and has an ornate border around it with a vignette of the company's train. This item has the signatures of the Company's officers, A.H. MCAFEE as president and SAM G. DETTELBACH as secretary. 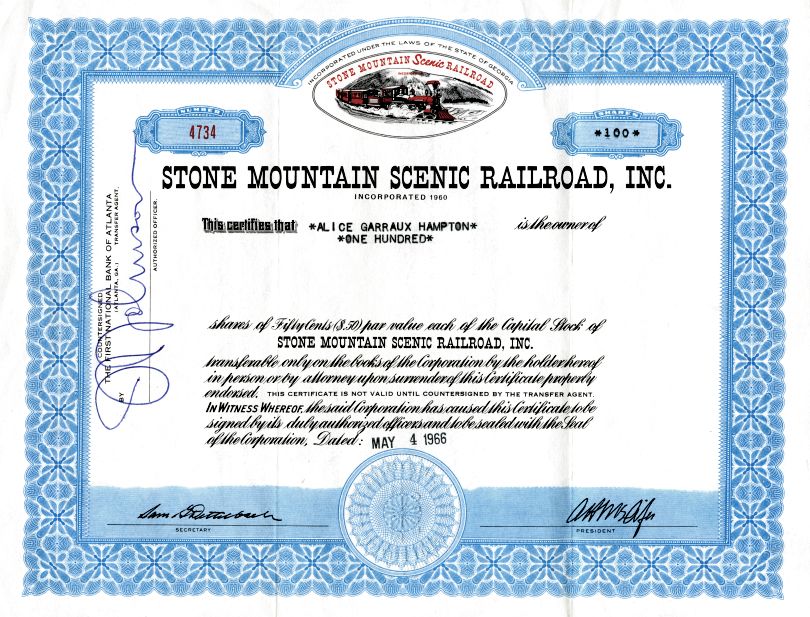