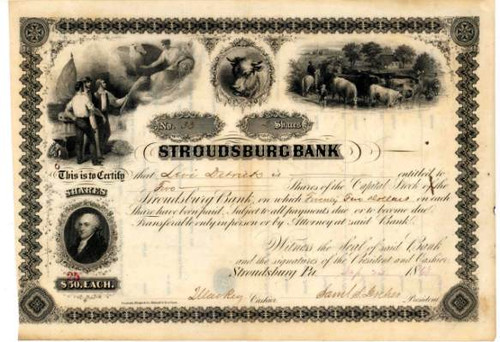 Beautifully engraved certificate from the Stroudsburg Bank Pennsylvania issued in 1868. This historic document was printed by Dauforth, Wright and Company and has an ornate border around it with a vignette of farmers, livestock, and country scenery. This item is hand signed by the Company's President and Cashier and is over 135 years old. Small staple like hole on left side, othewise in EF+ 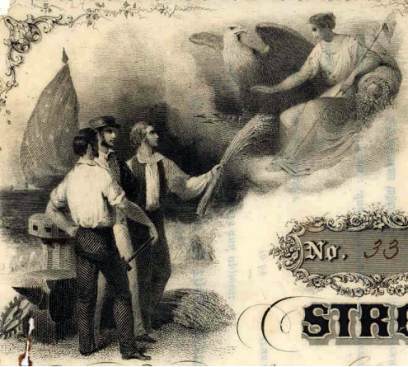 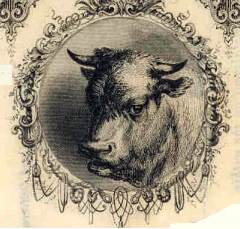 Certificate Vignette
The Stroudsburg area is a central area of the Pocono Mountains of Northeastern Pennsylvania. In 1779, Jacob Stroud sold lots and started a development which later became Stroudsburg. When he died in 1806, Daniel inherited the land and in 1810 he laid out the borough of Stroudsburg. In 1815 a form of government was chartered and in 1816 a committee was formed to provide a school. The first newspaper, The Stroudsburg Gazette, started publishing in 1832. Stroudsburg was named the county seat in 1836 and the first session of court was held the same year. The borough was incorporated in 1837 and the Stroudsburg bank opened in 1857.