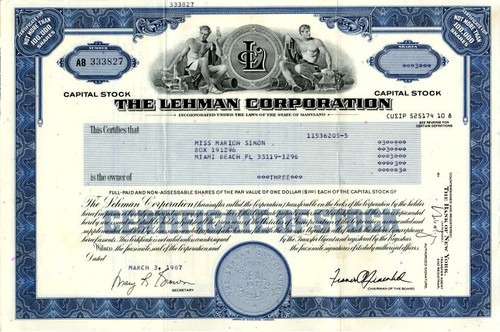 Beautiful engraved SCARCE uncancelled stock certificate from the Lehman Corporation issued no later than 1989. This historic document was printed by American Bank Note Company and has an ornate border around it with a vignette of two allegorical men. This item has the printed signatures of the Company's President, Francis L. Fraenkel and Secretary, Mary Stone and is over 30 years old. Tri folded from original mailing.