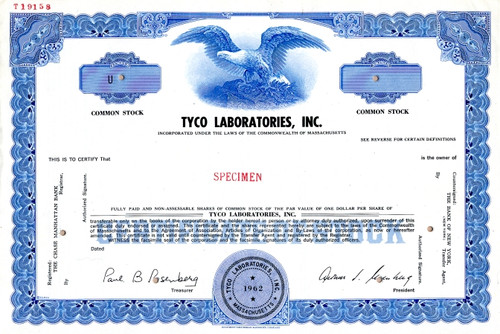 Beautifully engraved specimen certificate from Lyco Laboratories. This historic document was printed by the Security-Columbian Banknote Company and has an ornate border around it with a vignette of an eagle about to take flight. This item has the printed signatures of the Company's President, Arthur J. Rosenberg and Treasurer, Paul B. Rosenberg. 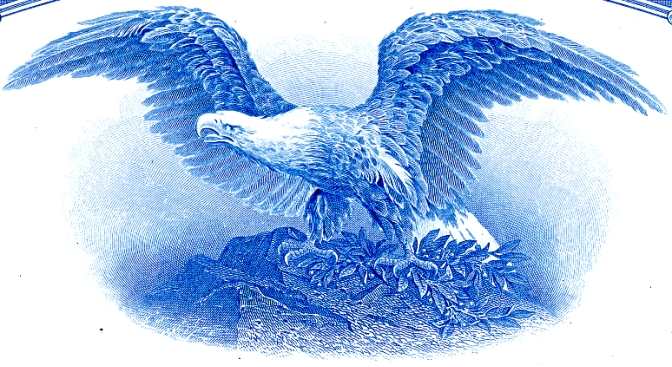