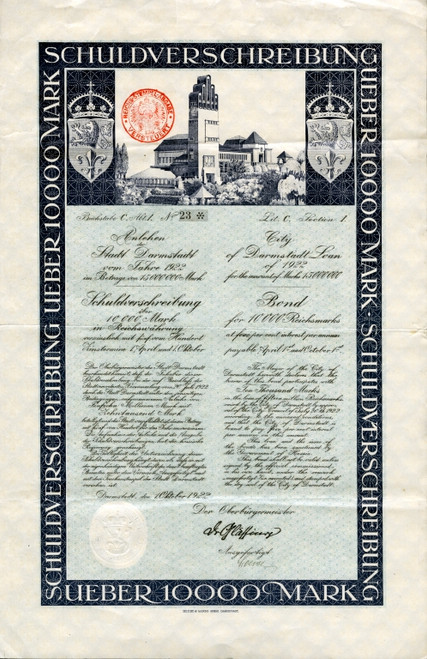 Beautiful uncancelled certificate from the City of Darmstadt issued in 1922. This historic documenthas an ornate border around it with a vignette of city center. This item has the signatures of government officials. 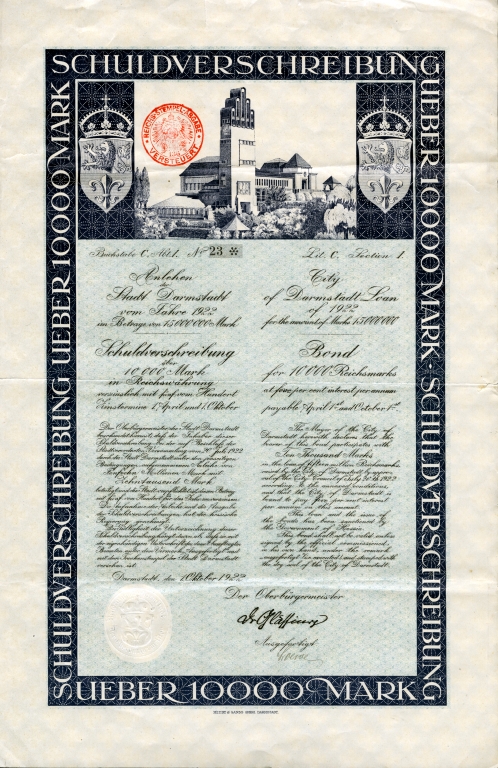