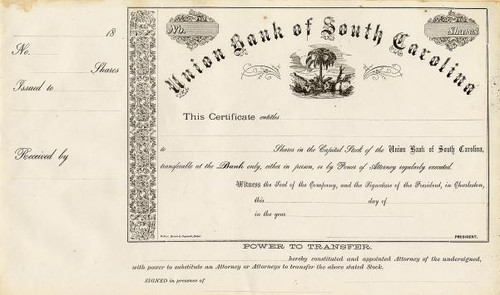 Beautiful unissued certificate from the Union Bank of South Carolina printed in the 1860's . This historic document was printed by Walker, Evans & Cogswell Company and has an ornate border around it with a vignette of a Palmetto tree. 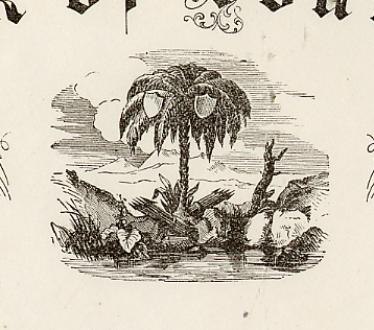