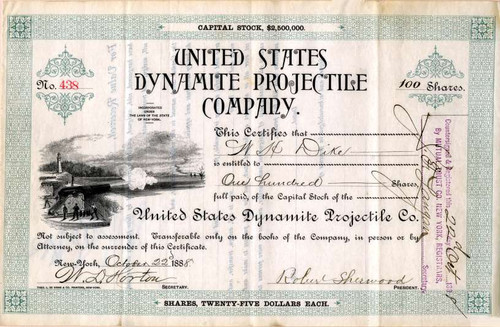 Beautiful RARE stock certificate from the United States Dynamite Projectile Company issued in 1888. This historic document was printed by the Theo. L. De Vinne & Co. Printers, New York and has an ornate border around it with a vignette of a cannon firing at a ship in a bay. This item has the signatures of the Company's President, Robert Sherwood and Secretary, W. L. Horton. 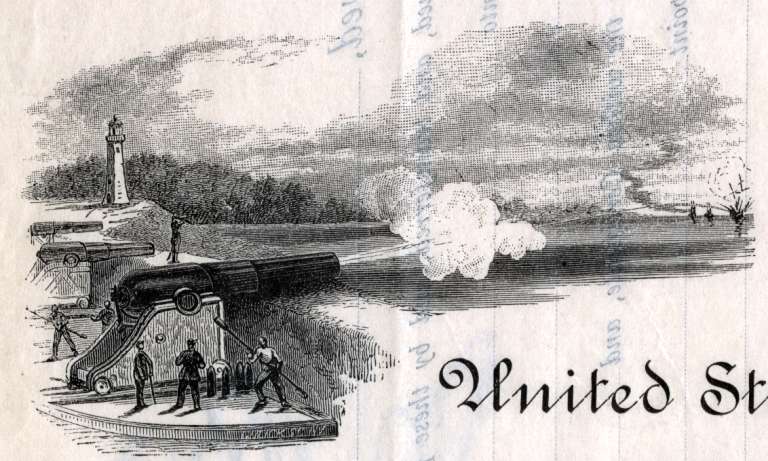 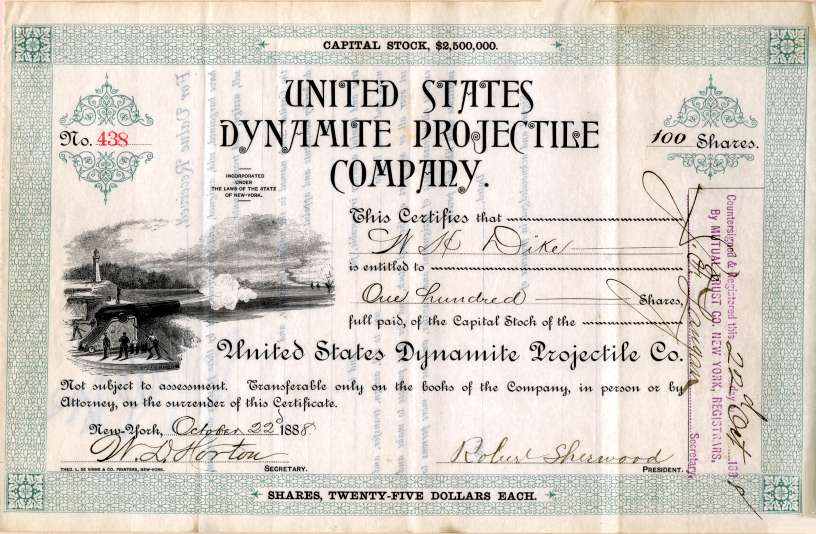