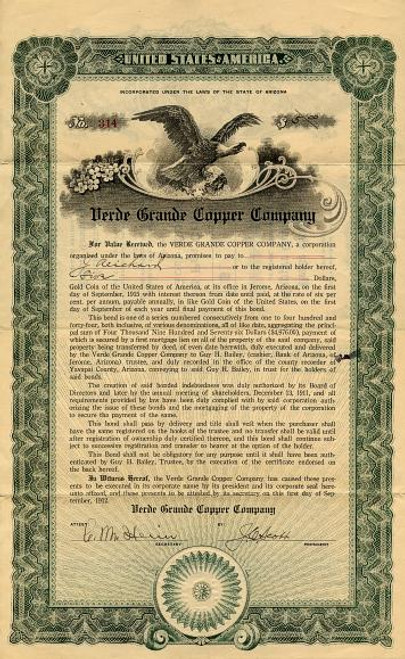 Beautifully engraved certificate from the Verde Grande Copper Company issued in 1912. This historic document and has an ornate border around it with a vignette of an eagle. This item has the signatures of the Company's President and Secretary and is over 95 years old. 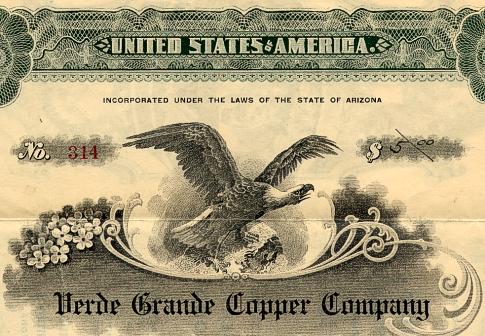 Certificate Vignette
This company owned ten claims on 120 acres about one mile south and west of the United Verde, on the southern slope of Smelter Hill with the United Verde being on the opposite slope. Developed by three short tunnels and about 2000 feet of workings. The ore mainly occurred in schist. By 1911, the ore was reported to show diabase, diorite, slate and schist, carrying stringers of argentiferous and auriferous azurite, chalcocite and chalcopyrite, "of good assay tenor" although not in commercial quantities. "The former management talked of building a smelter, which was ridiculous, when no ore had been developed." The new management was attempting to raise badly needed funds for the company. In July 1917, the company was reorganized as the Jerome Grande Copper Co. Holabird.