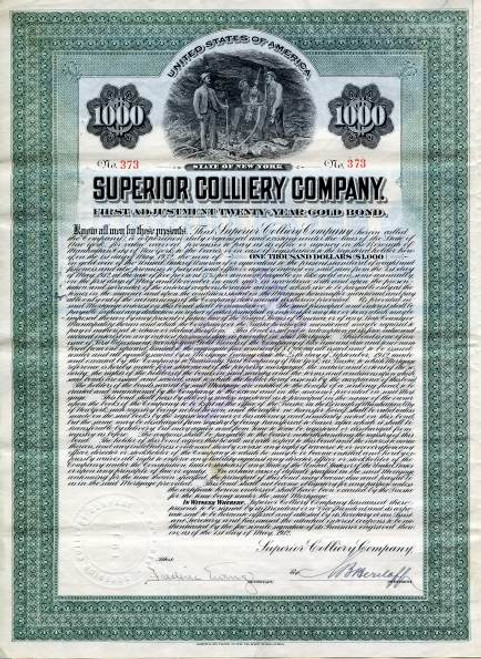 Beautiful uncancelled Gold Bond Certificate from the Superior Colliery Company issued ibn 1912. This historic document was printed by the American Banknote Company of New York Company and has an ornate border around it with a vignette of miners working underground. This item has the signatures of the Company's President and Secretary, and is over 108 years old. 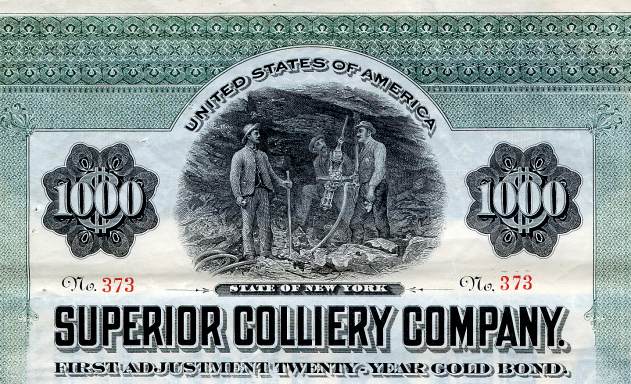