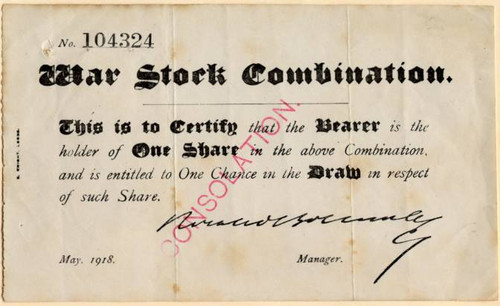 One share certificate from the War Stock Combination printed in 1918. This historic document entitled the Bearer to One Share and one chance in the draw for such share. This item has the printed signature of the manager, Horatio Bottomley and is over 95 years old.