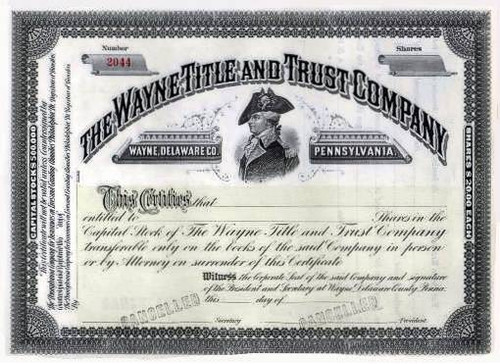 Beautifully engraved unissued certificate from the Wayne Title and Trust Company. This historic document has an ornate border around it with a vignette of General "Mad Anthony" Wayne. The company was incorporated in 1890 and this certificate was printed in the 1890's which makes it over 106 years old. 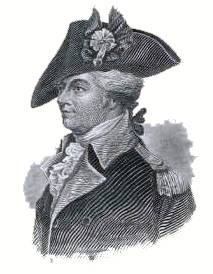