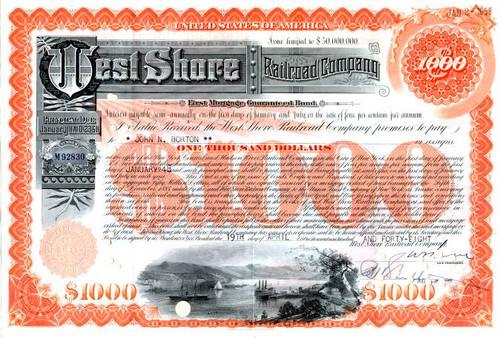 Beautifully engraved Certificate from the famous West Shore Railroad Company issued no later than 1951. This early JUNK Bond was due and payable in the year 2361. WOW - Over 400 Years!!! This historic document was printed by the American Banknote Company and has an ornate orange border around it with a vignette showing a train next to a harbor with a steamship and sailing vessel in the water. This item is hand signed by the company's officers and is over 55 years old. 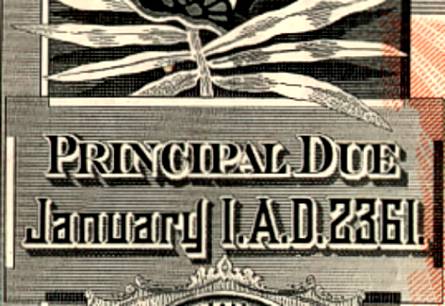 2361 Due Date Printed on Bond
The West Shore Railroad was incorporated under the laws of New York in 1885. In 1885, the company was leased to the New York Central and Hudson River RR Co. for 475 years which expired in 2361. This is why these bonds were due and payable in 2361. The company operated over 488 miles of track.