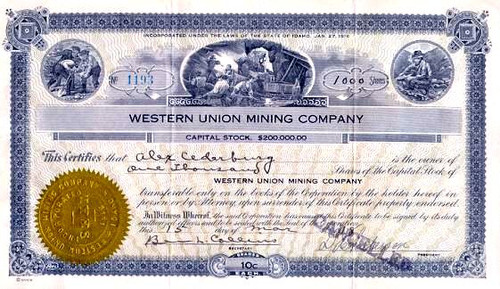 Beautifully engraved Certificate from the famous Western Union Mining Company issued in 1938 or earlier. This historic document has an ornate border around it with 3 mining scene vignettes. This item is hand signed and is over 68 years old.