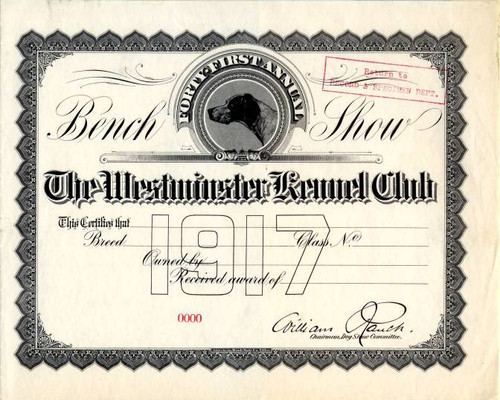 Beautiful RARE specimen certificate from the Westminster Kennel Club printed in 1917. This historic document has an ornate border around it with a vignette of a show dog and is over 103 years old. 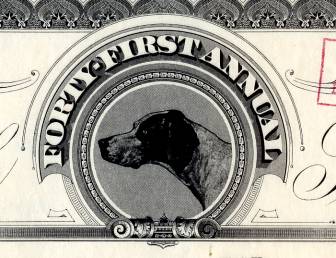