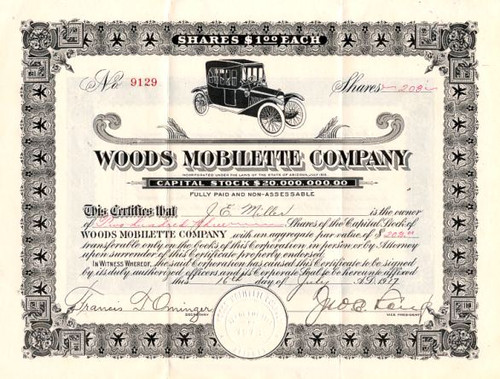 Beautifully engraved certificate from the Woods Mobilette Company issued in 1917. This historic document has an ornate border around it with a vignette of an early narrow two-door automobile. This item is hand signed by the Company's Vice President and Secretary and is over 102 years old. 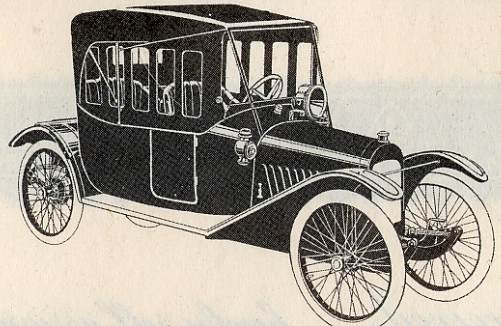 Certificate Vignette
The Woods Mobilette Company was founded by Francis A. Woods, in Harvey, Illinois. This car manufacturer was promoted as having America's first "cyclecar." The 4 cylinder engine was rated at 12 horsepower and the Woods Mobilette was built in 1913, 1914, 1915 and 1916 in no great number. Woods announced models for 1917 but sales never took off and none were manufactured.