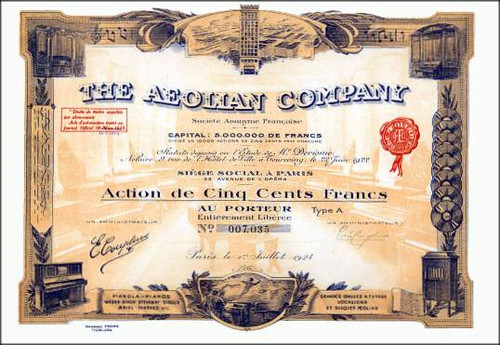 Beautifully engraved SCARCE certificate from the Aeolian Company issued in 1922 from Paris, France. This historic certificate has an ornate border around it with an beautiful underprint of pianos, and vignettes of an organ, records, crank record player, piano, Aeolian Hall, and a theatre scene. This item is hand signed by the Company's Administrateur (Eloy Coupleux) and is over 86 years old. There are also 16 unused coupons attched to this certificate that are not shown in the scan. In the 2nd Century,BC, the Greek Aeolian Harp was the first automatic instrument. It was named for Aeoles, the Greek god of the wind. The instrument had two bridges over which the strings passed. The instrument was placed in a window where air current would pass, and the wind current activated the strings. The strings were all the same length and tuned to the same pitch the different string thickness, produced varying pitches. The Aeolian Company was engaged in the manufacturer and sale of pianos, organs, piano rolls, phonographs, and records. In 1901 Aeolian came to France and started selling their products at avenue de la OpÃ©ra. At the same time, the Coupleux brothers met a piano maker (LÃ©on Delgay) in Bruxelles, who advised them to take over the Pianola business in France. An agreement made which gave the Cie Coupleux a Lille the exclusive representation in Northern France. Eloy Coupleux was an organist and classical organ builder. 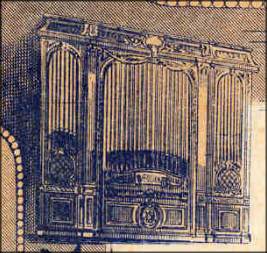 Certificate Vignette
Elias Parkman Needham invented the upright action used in reed organs, which made possible all their later improvements. He originated the idea of the perforated sheet of paper which allowed the escape of musical tones as the perforations passed over the reed opening. This idea was protected by fifteen patents, which he later sold to the Mechanical Orguinette Company, later to become the foundation of the Aeolian Corporation. 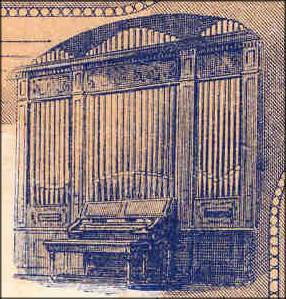 Certificate Vignette
After The Great War, the Steinway Duo-Art Pianola was introduced as result of a contract which had been made between the Aeolian Corporation and the Steinway Company in 1909. Aeolian purchased pianos in extended cases from Steinway, and then proceeded to instal their newly-perfected Duo-Art mechanism in them. Many Steinway models also, were made in special art cases with much ornate woodwork. As it was, the least costly of any of the models produced was around $4500, which was a considerable pricetag even in those hectic times. Not to be outdone by the Aeolian Company, the American Piano Company produced its own expression mechanism and called it The Ampico. The Company chose to introduce their machine to the public through a formal demonstration held at the Hotel Biltmore in New York City in 1916. Leopold Godowsky was the demonstrating pianist. He played certain pieces himself and then let the Ampico alone repeat his work by playing pre-recorded rolls - a performance designed to convince even the most sceptical of the true capabilities of this expression piano in reinterpreting the efforts of the artist! 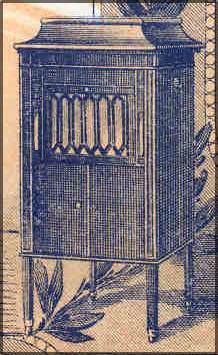 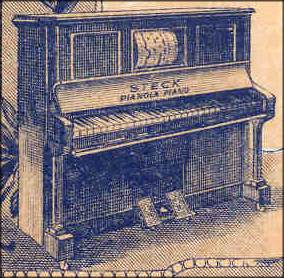 Certificate Vignette
In 1929, Edouard Coupleux, an organ designer, joined forces with Armand Givelet to build the Coupleux-Givelet organ which is consider the first electronic organ. This was an early 'synthesizer', in that it could be programmed like a player piano with punched paper rolls. The result was the first generation of electronic organs ever built and marketed. The Givelet Coupleux church organs consisted of a console, two or three keyboards, one or many oscillator banks, and one or many amplifier/filter banks. The filter banks, by a combination system, allowed the organ to generate a wide variety of classical tones. Four church organs were sold by Coupleux-frÃ¨res to churches in France. The biggest electronic organ by Givelet and Coupleux was designed for the French radio "le poste - parisien". This organ used as many as 200 oscillator tubes and was able to play 70 different timbres. The design allowed direct transmission without any microphone. Thus the "orgue des ondes" was able to transmit high quality sounds. The Coupleux-Givelet synthesizer was introduced in 1929 at the Paris Exposition. This instrument used a player-piano-like paper roll to "play" electronic circuits that generated the tone waveforms. Unlike a player piano, however, the Coupleux-Givelet instrument provided for control of pitch, tone colour, and loudness, as well as note articulation. The principles of score encoding and sound control embodied in this instrument have become increasingly important to contemporary composers as electronic musical instrument technology has continued to develop. 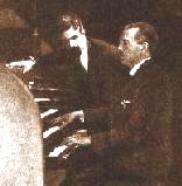