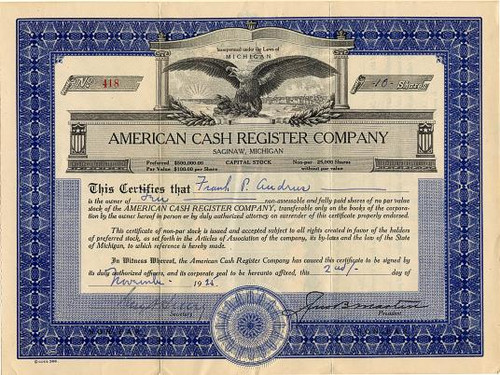 Beautiful certificate from the American Cash Register Company issued in 1925. This historic document was printed by Goes and has an ornate border around it with a vignette of an eagle. This item has the signatures of the Company's President and Secretary and is over 82 years old. 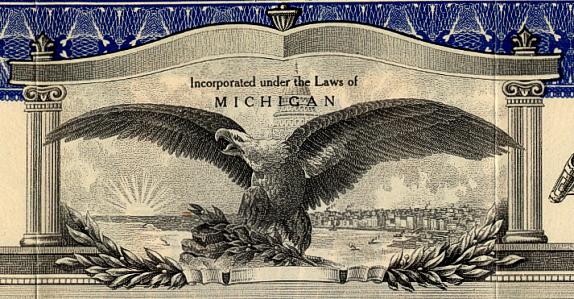 Certificate Vignette
The company made cash registers and competed against the National Cash Register Company. By 1911 NCR had sold a million machines. The company's aggressive battle to secure patent rights and fend off competition led the American Cash Register Company to file an antitrust complaint based on the Sherman Antitrust Act, a federal law prohibiting the monopolistic restraint of trade or commerce. In 1912 the government brought NCR to trial and presented 32 cases of alleged trade interference. The following year 21 officers were found guilty of trade restraint and unlawful monopoly in three of those cases. (The decision would be reversed two years later by a higher court.)