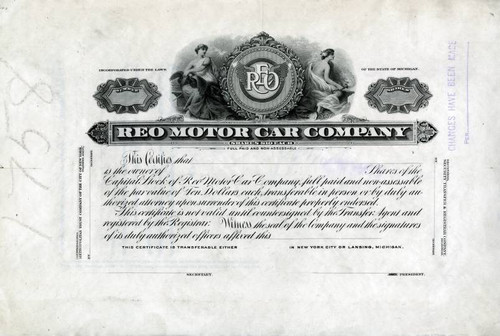 Beautiful engraved RARE Specimen Proof certificate from the Reo Motor Car Company dated in 1925. This historic document has an ornate border around it with a vignette of two allegorical women sitting on both sides of the REO Logo. Light crayon on left side with plate number. This item is over 92 years old. Unique. 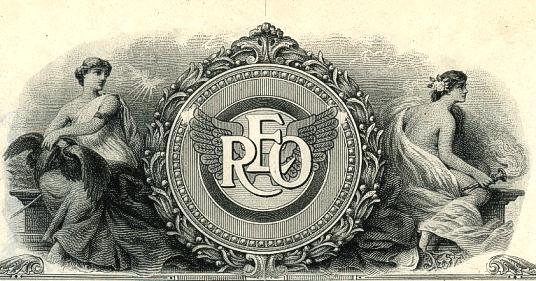