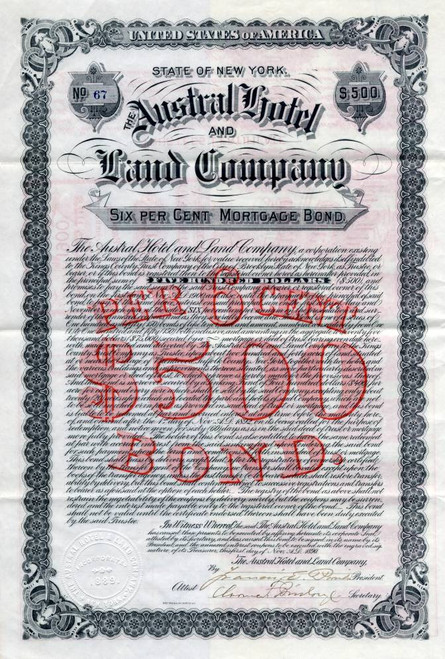 Beautiful certificate from the Austral Hotel and Land Company issued in 1890. This historic document has an ornate border around it with a vignette of the company name. This item has the original signatures of the Company's President, and Secretary, and is over 123 years old. Coupons attached. 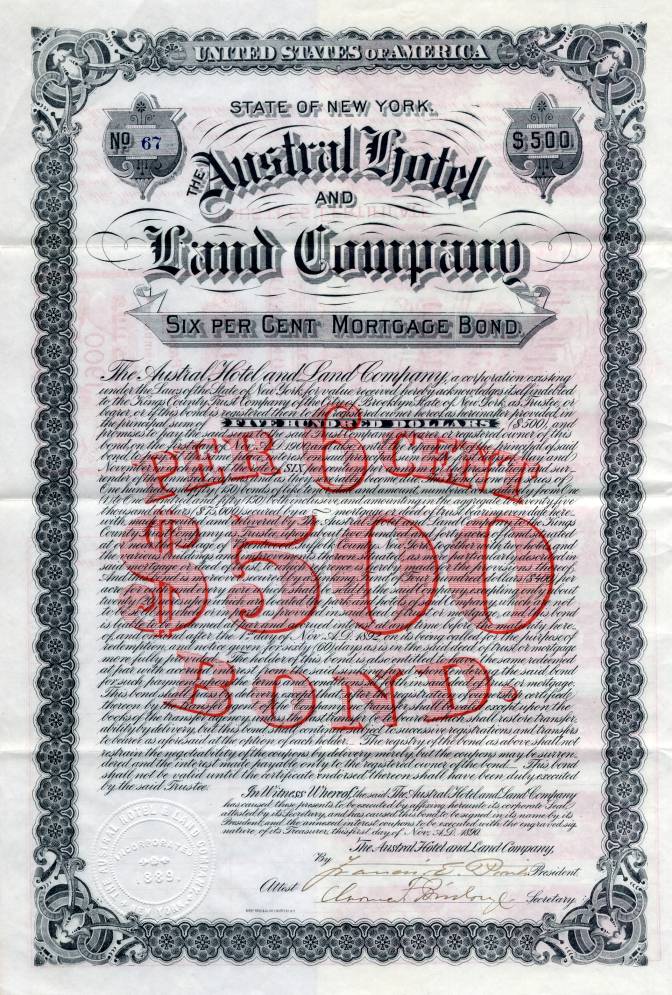 Certificate Vignette
The property first belonged to Mrs. E. W. Pearsall, one of the original inhabitants of Modern Times. It was purchased by the real estate syndicate of Arthur B. Hart, George B. Studley and Clinton W. Kellam to be developed into a resort area to rival the resorts at Lakewood, NJ. Which were very popular at the time. The grounds were designed by Frederick Law Olmstead, who designed New York City's Central Park and Prospect Park, Brooklyn. The Austral Hotel received its first guests on April 17, 1888, and received visits from many prominent people of Long Island, Brooklyn and New York City. However, the hotel never received the business expected and soon fell into financial ruin. The property was purchased by the Sisters of St. Joseph in 1896 and they moved their headquarters from Flushing, Queens (where they were established in 1860) to Brentwood soon after. The Academy of St. Joseph opened St. Louis hall on June 11, 1903. The main building of the Academy, St. Joseph's hall opened in 1912. The new convent opened in January, 1929 and the Sacred Heart Chapel was dedicated on April 18, 1933. St. Joseph's Academy is currently affiliated with C.W. Post College. History from Wikipedia and OldCompany.com (old stock certificate research service)