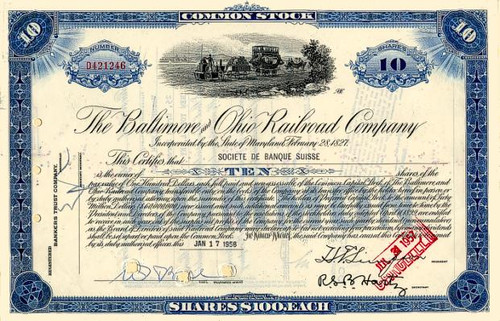 Beautifully engraved Certificate from the Baltimore and Ohio Railroad Company issued in the 1950's or earlier. This historic document was printed by the International Banknote Company and has an ornate border around it with a vignette of the first Tom Thumb Train. This item has the hand signatures of the company's officers and is over 63 years old. Included with the certificate is an used postcard of a Baltimore and Ohio Railroad Company train. 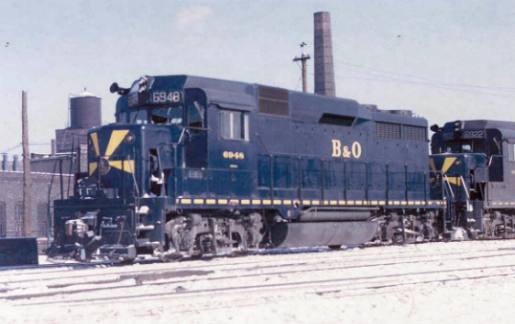 Postcard
The company was chartered in 1827. It runs east to Philadelphia and New York; West to Chicago and St. Louis and is the oldest US passenger line. Abe Lincoln wrote the Gettysburg address on a line bought by the B&O. It became part of the Chessie system (Chesapeake & Ohio and Baltimore & Ohio), which in 1980 became part of the CSX conglomerate.