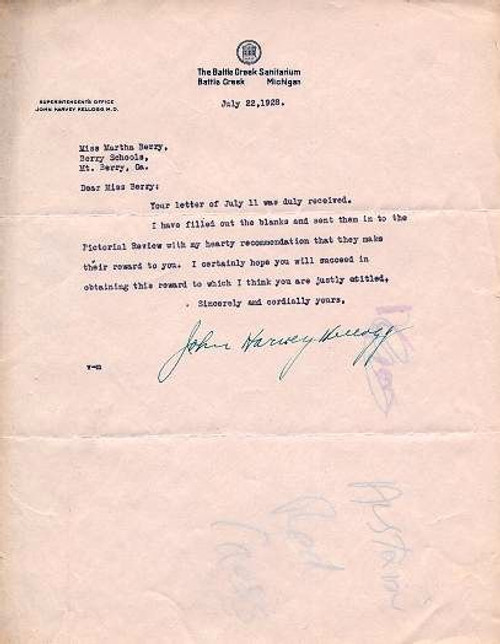 Historic letter from the Battle Creek Sanitarium hand signed by John Harvey Kellogg dated in 1928. Letter is on letterhead of The Battle Creek Sanitarium and is dated July 22, 1928. This letter is addressed to Miss Martha Berry, founder of The Berry Schools near Rome, Georgia. Dr. Kellogg is confirming his letter sent to the Pictorial Review recommending her as the recipient of the award. Large signature in green ink. Excellent condition.