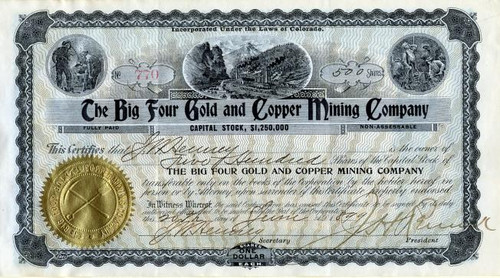 Rare combination of Early Mining, Motor Cars and Music. Beautiful stock certificate from the Big Four Gold and Copper Mining issued in 1899. This historic document has an ornate border around it with 3 vignettes: top center of mill buildings in rugged canyon with river and steam train; top left of 3 miners inspecting ore sample; top right of miners working underground. This item has the signatures of the Company's President, Jerome H. Remick and Secretary, John W. Henney and is over 122 years old. The certificate was issued to John W. Henney and was signed on the back in 1927 by John W. Henney, Jr., as Executor of John W. Henney, Sr.'s Estate. 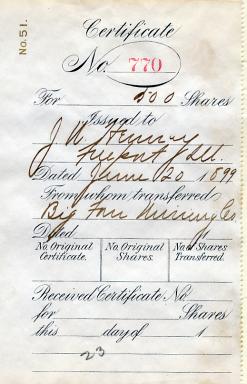 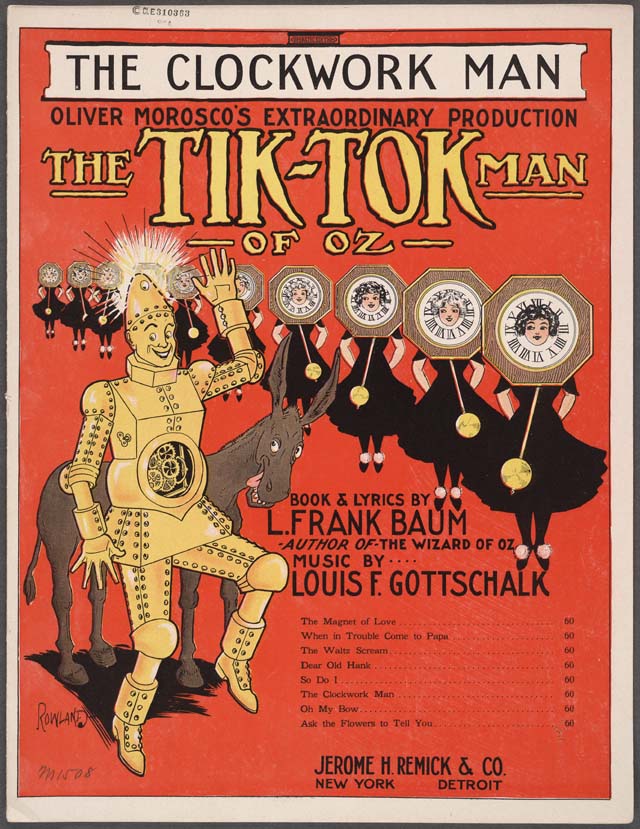 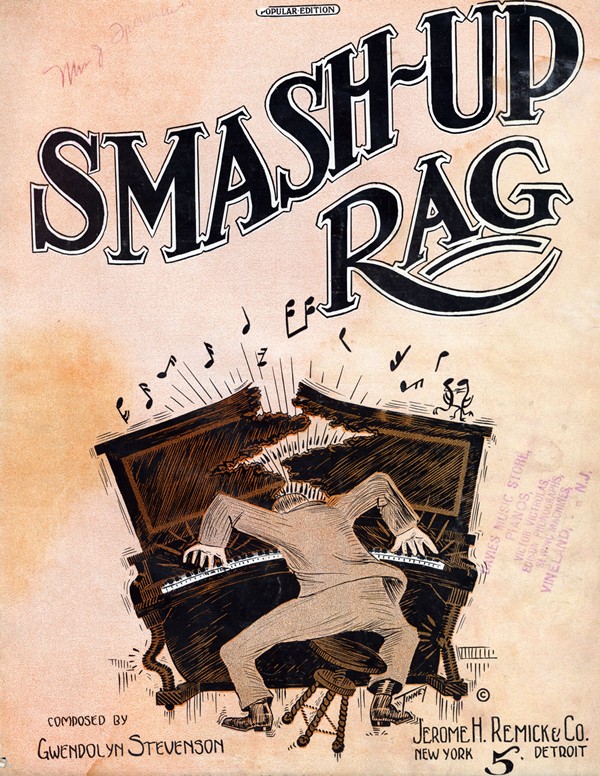 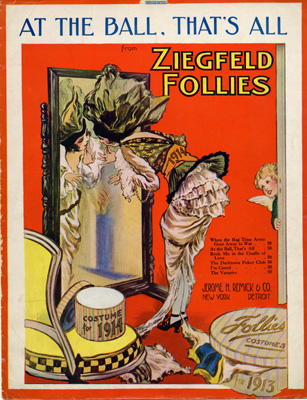 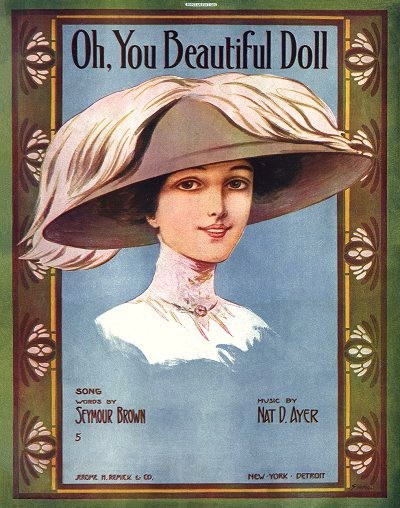 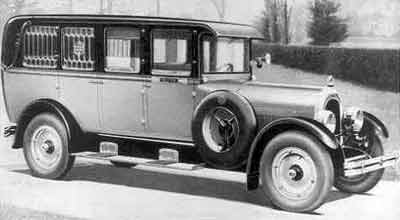