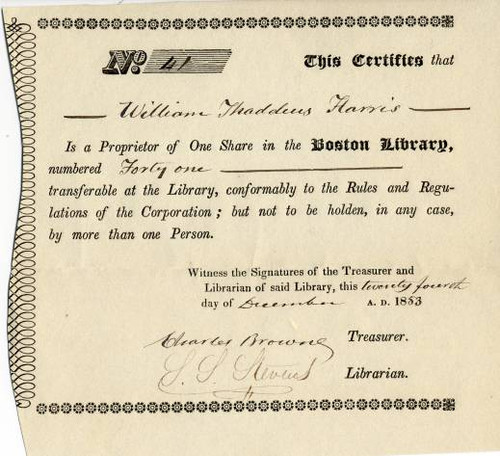 Beautiful stock certificate (#41) from the Boston Library issued in 1853. This historic document has an ornate border around it. This item has the signatures of the Company's Treasurer, Charles Browne and Librarian, J. J. Stevens and is over 165 years old. The certificate was issued to William Thaddeus Harris. 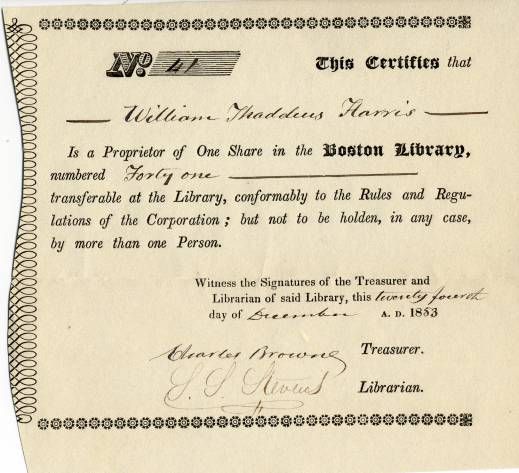