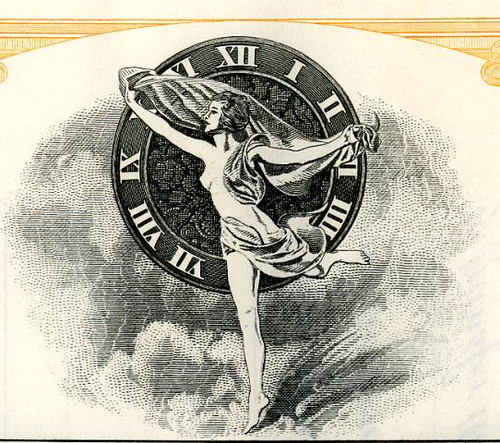 Beautifully engraved Certificate from the Bulova Watch Company, Inc issued in the 1960's. This historic document was printed by the E.A. Wright Banknote Company and has an ornate border around it with a vignette of a allegorical woman dancing in the clouds in front of an old clock. This item has the printed signatures of the company's officers and is over 34 years old. 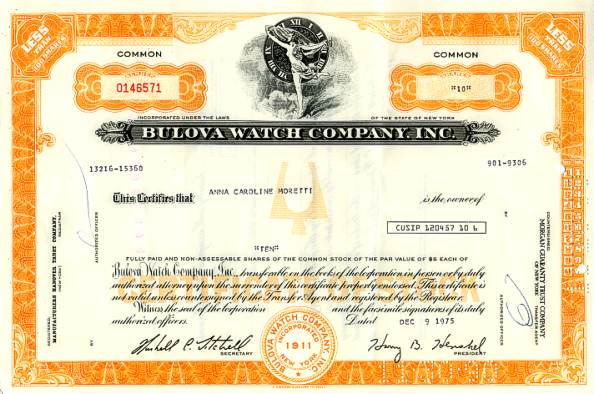 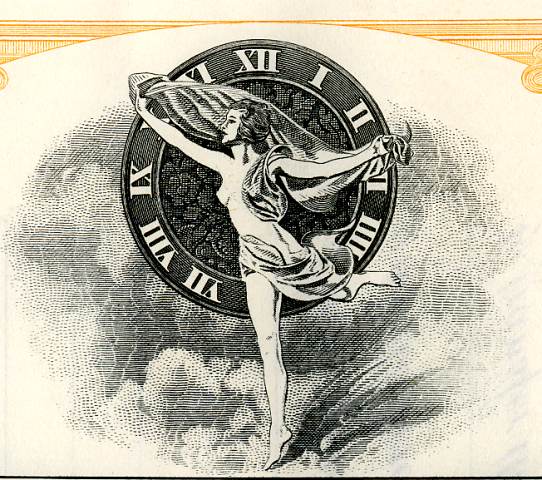