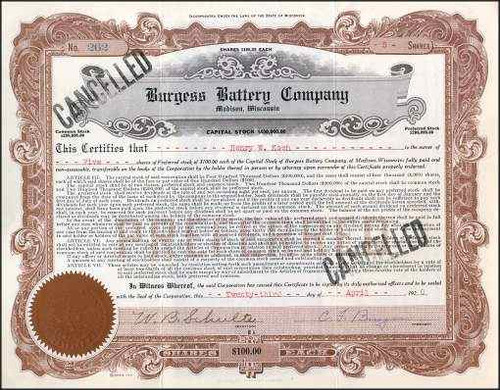 Beautifully engraved scarce Certificate from the Burgess Battery Company issued in 1920. This historic document has an ornate border around it with the company's name in fancy print. This item is hand signed by its founder and president, Charles Frederick Burgess and is over 102 years old.  Professionally reinforced. 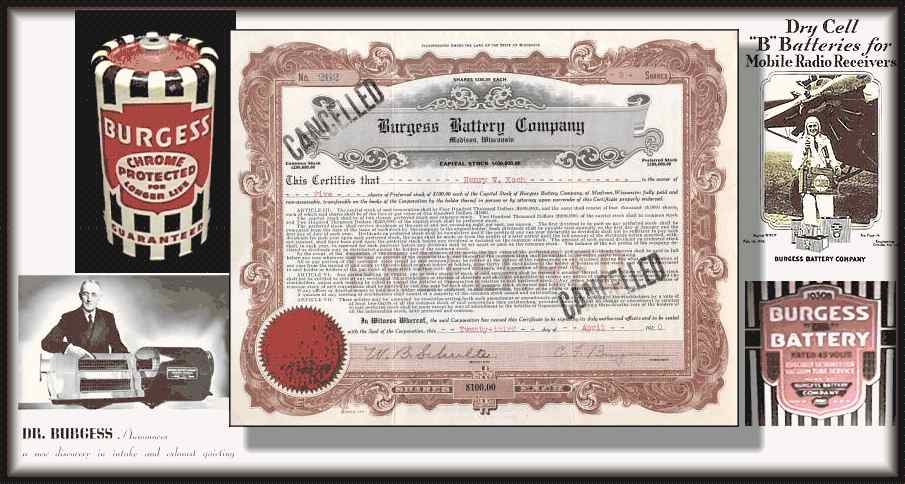