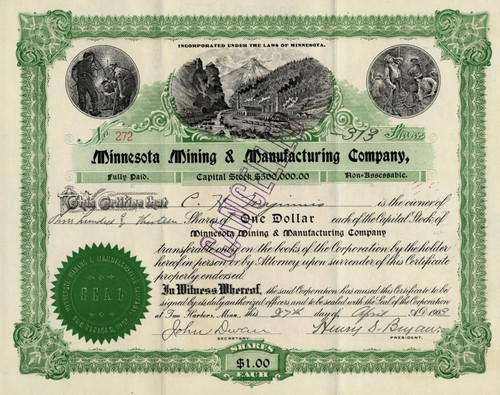 Beautiful certificate from the Minnesota Mining & Manufacturing Company issued in 1904. This historic document has an ornate border around it with a vignette of various mining scenes and a millsite processing facility with a train. This item has hand signatures of two of the original founders, the Company's President (Henry S. Bryan) and Secretary (John Dwan). The certificate is over 114 years old. At the time the certificate was issued, the company's offices were located in Two Harbors, Minnesota.