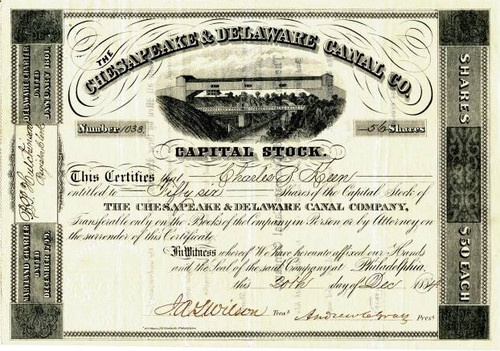 Beautiful uncancelled stock certificate from the Chesapeake & Delaware Canal Company printed in 1884. This historic document was printed by the Mann Company and has an ornate border around it with a vignette of the Summit Bridge above the canal. This item has the signatures of the Company's President, and Treasurer, and is over 127 years old. Small pin holes in upper left corner. XF.