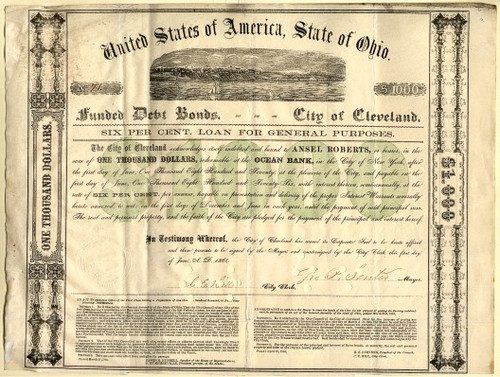 Beautiful rare $1000 Bond Certificate from the City of Cleveland, Ohio issued in 1864. This historic document has an ornate border around it with a vignette of a scenic waterfront. This item has the signatures of the Mayor, George B. Senter and City Clerk, and is over 149 years old. The bond is indebted to Ansel Roberts or bearer in the sum of $1000. Punched cancelled. This is the first time we have had this for sale.