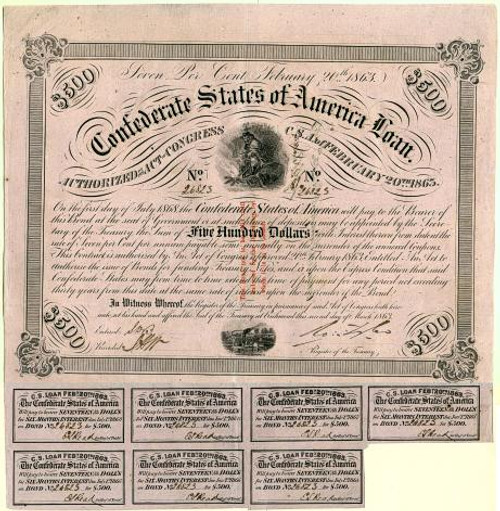 Beautiful bond certificate from the Confederate States of America issued in 1863. This historic document has an ornate border around it with a top vignette of a Confederate Soldier warming his hands over a campfire and a steamship on the bottom vignette. This item is hand signed by the Register of the Treasury, Robert Tyler and is over 149 years old. 7 unused coupons. Usual Folds. EF. - Most of the known bonds of this series were signed by Rose not Tyler. There were only 800 bonds in this series issued but it is unknown how many survived or were signed by Robert Tyler. Face of bond has red overprint that says " This bond not to be valid until endorsed by the Depository by whom it is to be issued". The back of this bond is endorsed by H.J.G. Battle of the CSA Depository in Shreveport, La. 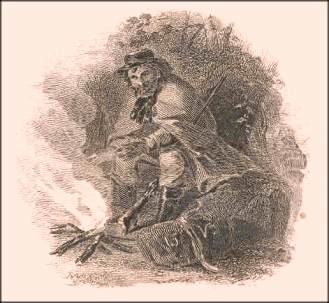