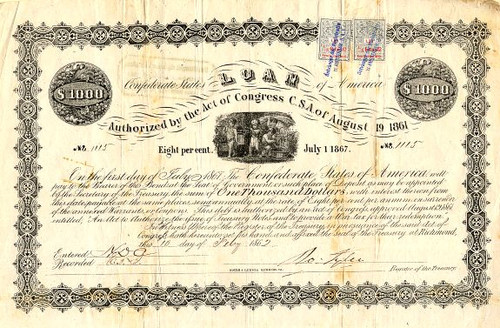 Beautifully printed certificate from the Confederate States of America dated February 10, 1862. This historic document was printed by Hoyer & Ludwig of Richmond, Virginia has an ornate border around it with a vignette of four boys carrying food. It was issued under the Act of August 19, 1861. This certificate has been hand signed by Robert Tyler, Register of the Treasury. There were only 1199 of these bonds issued but it is unknown how many survived over the years. 5 coupons attached. Amsterdam tax stamps affixed to face. Toning, minor folds. Fine. 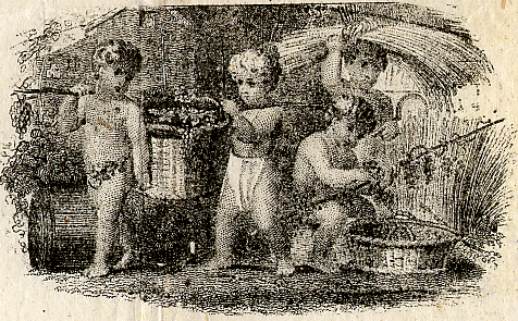 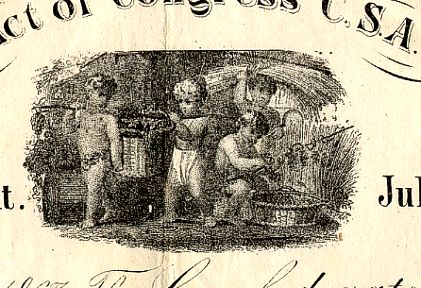