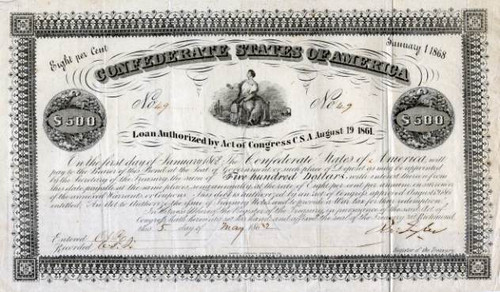 Beautifully printed certificate from the Confederate States of America dated May 5, 1862. This historic document was printed by Hoyer & Ludwig of Richmond, Virginia and has an ornate border around it with a vignette of Commerce on a Bale of Cotton. The bond was issued under the Confederate Congress Act of August 19, 1861. This certificate has been hand signed by the Registry of the Treasury, Robert Tyler or by C. S. Jones. There were only 1132 of these bonds issued (800 signed by Tyler and 332 signed by Jones) but it is unknown how many survived over the years. Folded and minor foxing. Overall in Very Fine Condition. 6 coupons attached on bottom. 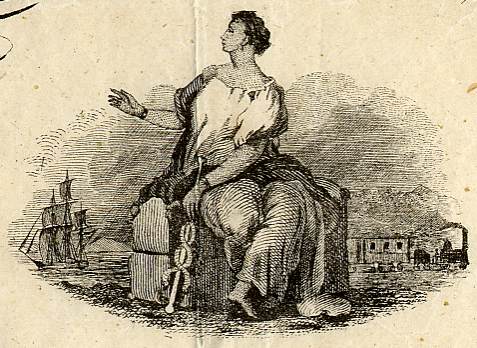