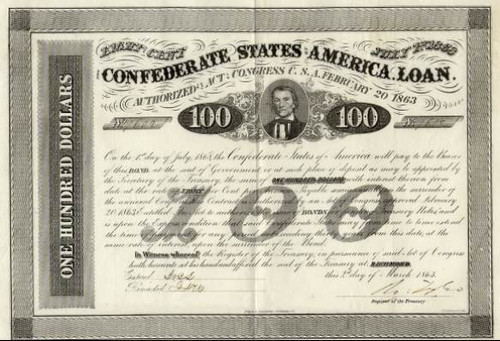 Beautifully printed certificate # 7602 from the Confederate States of America dated March 4, 1863. This historic document was printed by Evans & Cogswell, Columbia, South Carolina and has an ornate border around it with a vignette of CSA Vice president Alexander H. Stephans. It was issued under the Act of February 20, 1863. This certificate has been hand signed by the Register of the Treasury,C.A. Rose. 7 coupons attached.