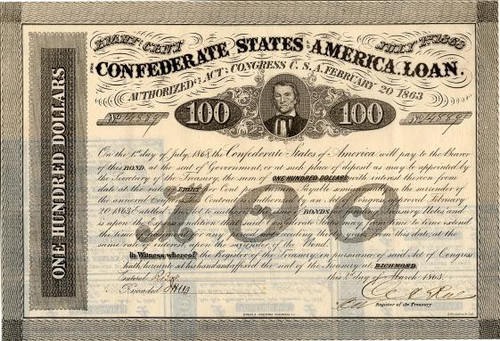 Beautifully printed certificate from the Confederate States of America dated March 2, 1863. This historic document was printed by Evans & Cogswell, Columbia, South Carolina and has an ornate border around it with a vignette of Alexander H. Stephens. The bond was issued under the Act of February 20, 1863. This certificate has been hand signed by the C. Rose. 7 coupons attached. Trimmed, otherwise EF+.