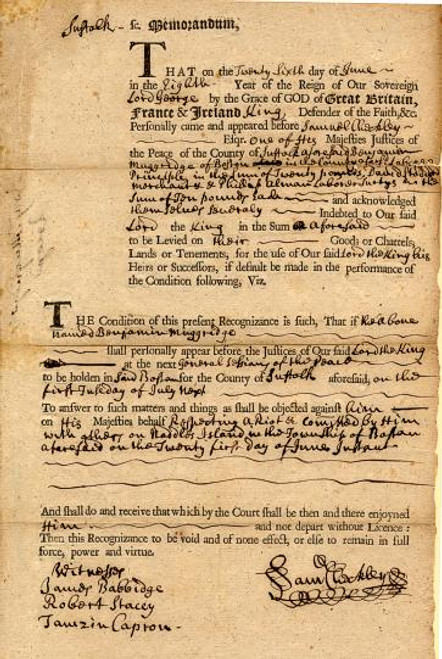 Historic Old English document issued in 1768 which is over 241 years old. In the Eight year of the Reign of Our Sovereign lord GEORGE, by the Grace of GOD of Great Britain, France and Ireland, KING, Defender of the Faith, &c.... The documents refers to Benjamin Muggridge to personally appear before the justices of Our said Lord the King....... riot committed by him on Naddles Island in the Township of Boston... Witnessed and signed by: Bande Babbidge, Robert Stacey and Tamizin Capron and also signed by Sam Chockley, Esquire as One of his Majesties Justices of the Peace in the County of Suffolk.